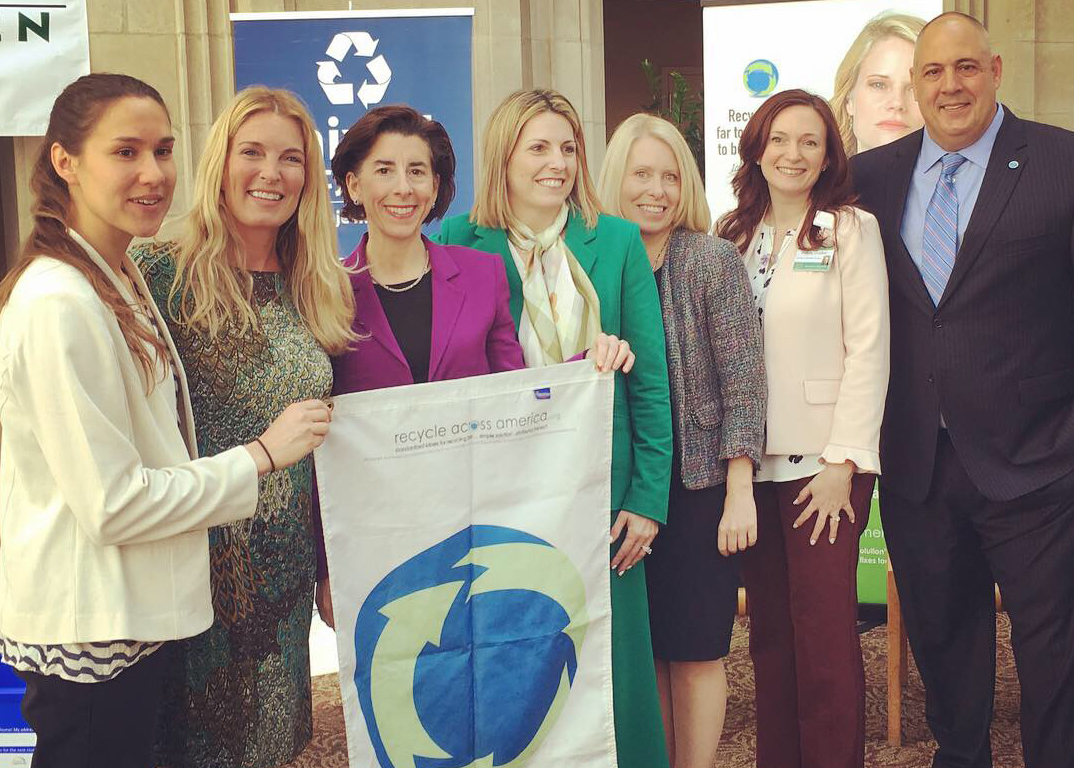 With the U.S. recycling industry facing new challenges and the state’s Task Force to Tackle Plastics issuing recommendations on the use, reuse, and clean-up of plastics, Governor Gina M. Raimondo is asking all Rhode Islanders to join her in recycling plastics right to keep the Ocean State’s program strong and its waters clean.

Across the country, significant amounts of non-recyclable items are landing in recycling bins and fewer recyclers are willing to accept contaminated materials. In an effort combat this issue, Rhode Island has made improvements to the state’s Materials Recycling Facility and launched an award-winning campaign to reduce public confusion about recycling.

“We have some of the most beautiful waterways in the country,” said Governor Raimondo. “Let’s keep them clean by recycling right. With the new labels on our recycling bins, it’s now easier than ever. I applaud Rhode Island Resource Recovery for blazing a trail with this initiative.”

Rhode Island is the first state in the nation to adopt a bin labeling solution from Recycle Across America, a national non-profit dedicated to standardizing recycling education in the United States. To date, over 80,000 labels are in place across the state, including at Lifespan.

“Lifespan aims to be a leader in Rhode Island when it comes to recycling and that’s why we have enthusiastically embraced the Let’s recycle RIght!® campaign. We’re pleased that Rhode Island Resource Recovery recognizes the many initiatives we’ve launched to reduce plastic and other waste in our shared Rhode Island environment,” said Timothy J. Babineau, M.D., president and CEO of Lifespan. “By embracing mixed recycling and training volunteer ambassadors, we are now recycling at rates above 30% at two hospitals and 25% at two others. But we’re not stopping there. We now have our sights set on moving toward a beyond the bin program to recycle ‘blue wrap’ used during sterilization of surgical instruments, which makes up close to 20 percent of operating room waste. And we will continue wherever possible to enhance and expand our waste reduction efforts throughout the Lifespan system.”

“Resource Recovery is thrilled to have the Governor and Lifespan join our growing community of Rhode Islanders who are committed not only to recycling, but to recycling right” said Joseph Reposa, Executive Director at Resource Recovery. “Our combined efforts can increase the quality of Rhode Island’s recycling and help keep it marketable during volatile times. Spreading the word about the importance of proper recycling is key to our program’s success.”